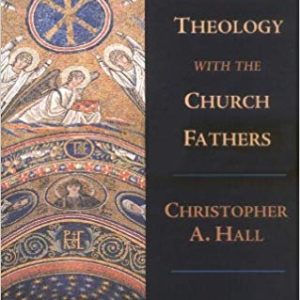 I would like to address what I perceived as the negatives of this book first and get them out of the way before moving into what I did enjoy. When reading through Hall’s first work, I had a suspicion of Hall’s theology toleration (or acceptance) of Rome which was, too me, confirmed in this book. One thing protestants will note is Hall’s consideration of Rome to be brothers in the faith, to which, we would disagree. Such a negative can be ignored, but it is worth noting given that some may purchase the book through my recommendation. Hall’s continued narrative of encouraging Christians to step out of their theological comfort zones to understand others, however, remains admirable. Even when it comes to discussing with Rome, it is best to step out of our comfort zones and try to accurately represent and understand their positions. It is worth admitting that I still haven’t looked into Hall and thus my picture of Hall is only seen through his references to individuals such as Thomas Oden and what he says in his books. That being said, every so often there is something said, that I would disagree with, yet, I it would be quite rare to find a book where everything lines up with my beliefs.

This all being said, if you want to understand the theological battles of the early church a bit more in depth than your typical church history course, this book is for you. While some of the information won’t be new, and the information is not exhaustive, I found it to be significantly thorough and well put together. In the beginning of the book, Hall states that he tries to act as a guide through the church fathers more than offering his narrative, and this is true for the most part. However, there were some, though few, instances where I found his narrative to be prominent. It is fair to say that you cannot truly get upset at such narrative being present at times given that if you wanted to just know what the church fathers said you could just read them, while Hall acts as a cultural and historical guide for the most part. Such historical settings, and cultural settings, are important and I think at the fundamental level Christians will learn that. We must meet the church fathers where they were at, understanding that their present writings today had a purpose and focus, namely dealing with the issues in their day.

I was highly appreciative of some of Hall’s statements in his chapter, “Preparing to learn Theology” which in some ways states the obvious, that we stand on the shoulders of giants theologically speaking. Hall’s section on the role of Heresy was a favorite section of mine as he argued that the church father’s argumentation against heresy was the means by which the fathers produced a number of works and theological terminology/developments.

From this introduction Hall then goes into the big discussions of the early church such as the Arian controversy and the view of the holy spirit. Some sections are lacking in my point of view such as the chapter on the scriptures, but others are thorough such as the chapter on sin, grace, and the human condition which touches primarily on the Pelgian controversy. The conclusion of this volume is the same as the previous: if you’re new to church history or the church fathers and wanting to enjoy the world of the church fathers and learn more about them, this book is for you. You will be challenged and stretched while growing in appreciation of those who have been faithful Christians long before our time! You won’t agree with everything you read, which is to be expected, but I think you’ll appreciate the read regardless. While it is a good primer it will not be exhaustive. As one who has read a fair amount of church history, the contents were not particularly new, but a bit more in depth. I highly recommend Christians still check out this work and become a bit more familiar with the “family of faith”, even if perhaps you are familiar with church history.