The Reformers we Forget 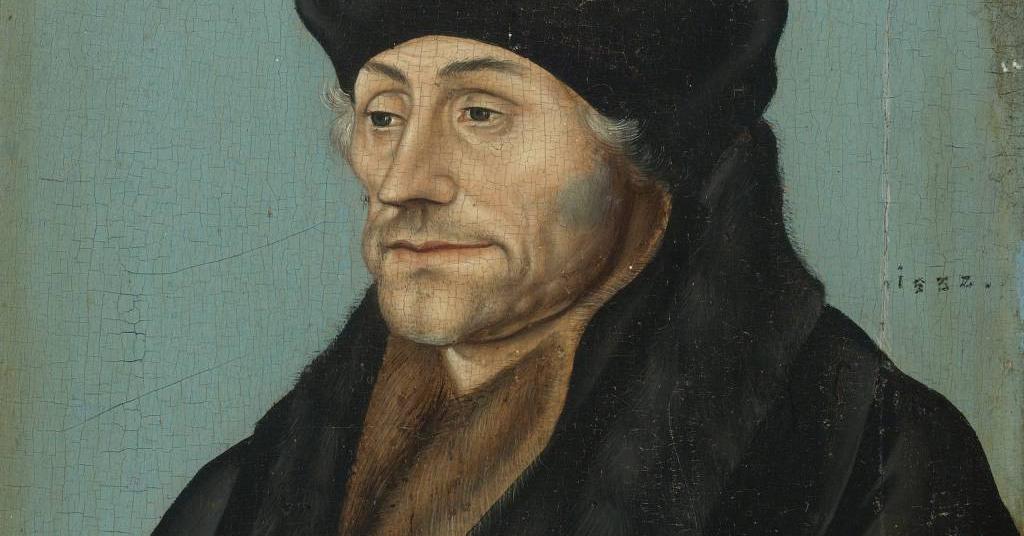 It is that time of year when we see the many discussions and posts on the reformation so I figured, why not contribute somehow? Oftentimes when I think about the reformation I try to keep certain facts in mind lest Martin Luther becomes so prominent that the providence of God is forgotten. For example, it is often understood that Ulrich Zwingli, the Swiss reformer, was a product of Luther, but that simply isn’t the case when you look at what was occurring during the time. What we see are two individuals recognizing the same issues, around the same time, and standing up when it was necessary.

This actually goes a bit beyond Luther and Zwingli as well. For example: John of Wesel in the 15th century had taught that scripture alone was the source of doctrine and that popes and councils should be rejected if they contradicted scripture. He rejected indulgences, transubstantiation (Rome’s understanding of communion), celibacy of clergy, and so forth. He was deposed from his office, his writings burned, and was imprisoned in Mainz until he died. Or take another example, Wessel Gransfort, also from the 15th century, or Girolamo Savonarola. Even prior to these individuals the “Morning Star of the Reformation” John Wycliffe (14th century) was a voice for the church who held to the absolute authority of the scriptures above all else. This led him to translating the bible into the tongue of the people, rejecting transubstantiation, mediatory power of priests and various other doctrines held by Rome today. This led to a movement called the Lollards, which had gained momentum before being heavily persecuted in the 15th century. Wycliffe’s influence reached the man Jan Hus who became an advocate for church reform as well. Hus had been silenced and exiled because of his preaching and written works that called for reform of the church. Hus too would be martyred, singing while burning at the stake, for his call to reform clerical abuse and various ethical issues. Hus had a movement as well known as the Hussites and both Hus and Wycliffe proved to be inspiration for Luther. Another group that came earlier was known as the Waldensians (12th century) and this group would eventually link with the reformers at the dawn of the reformation and trickle out of the scene by assimilating with various movements in the reformation.

Even in the midst of the Reformation there were many Roman Catholics who sought reformation! One group of note was known as the “Catholic Evangelicals”, who agreed with many doctrines of the reformers, however, they couldn’t bring themselves to break with the papacy. They sought to reform the Roman Church from the inside and one individual within this group was Johannes von Staupitz, Luther’s spiritual mentor. While Luther and Staupitz had a falling out due to the issue of the papacy, the corruption of Rome was apparent to many! These Catholic Evangelicals ultimately remained within Rome, but we can see this awareness for the need of reform in the church. At the council of Trent (Rome’s response to the reformation) there were many individuals who agreed with the reformers on some of the key disagreements protestants today have with Rome. For example: there were individuals who held to what we would call Sola Scriptura despite Trent’s final draft that ultimately denied it. Just as well, the topic of Justification by faith alone had proponents at Trent! While we cannot know what happened to these individuals, proponents of reform were all around.

Why is this important to me? Well, the reformation is often pictured as being all on the back of Luther, the “lone, trouble making, monk”, and such propaganda makes the protestant reformation look like a fluke that should have never occurred. The reality is that the reformation had been in the making for years and years prior to Luther and because of God’s providence we see it prevail through a number of other factors such as the invention of the Guttenberg Printing Press (1450) and the fall of Constantinople (1453) which gave the western church Greek manuscripts to work with. One particular individual who inadvertently helped Luther and the reformation, has become a favorite of mine, Erasmus of Rotterdam. While Luther and Erasmus had disagreed on many things, it has been said that when it comes to the Protestant Reformation, “Erasmus laid the egg and Luther hatched it.”

Desiderius Erasmus was born in the Netherlands and had an interesting life. He was a brilliant scholar who had about 226 written works and was known as the “Schoolmaster of Europe”. Erasmus lived in a monastery for some time, but found monasticism to be a major problem. Erasmus’ humanism and ideals of Renaissance shaped him drastically, leading him to study the original language and to go back to the early church fathers. It is worth noting that “humanism” at this time was not the secular humanism we know today and I would say it is worth reading up on to better understand Erasmus. Nonetheless, Erasmus disagreed with the theology prominent in the middle ages called Scholasticism, and believed that Scholastic theologians had tainted Christianity by assimilating the philosophy of Aristotle. This critique was echoed by most of the reformers. More than that, Erasmus was heavily against the elevation of images, relics, ceremonies, indulgences, etc. and he pushed for the truth that Christianity is a matter of the heart, not external actions or things. Erasmus had also critiqued priests, monks, and popes with several satirical works such as the Praise of Folly and Excluded from Heaven.

He sought moral and cultural reform, but most importantly he pointed back to the scriptures. Erasmus believed that individuals should learn the scriptures’ original languages over and against relying on the Latin text. In 1516 Erasmus published his Greek New Testament to help further the study of Greek, and this edition included the tongue of the people (Latin) with various notes. Such an exaltation of the original languages was looked down upon by Rome who wanted to retain the Latin and to this day holds the Latin text to be supreme. This is important because this text allowed Luther to make his German translation (1522) and Tyndale to begin his English translation (1526), which became the basis of practically all English translations leading to the King James. This focus on the original languages of the bible, the rejection of scholastic theology, looking to the early church, and using what is called the grammatico-historical method of interpretation, had an impact that should be taken seriously when looking at the culture that aided the reformation. I could go into the fact that the reformers looked closely at the early church fathers who upheld the supremacy of scripture, which was the battle cry of the reformation, but space eludes us. The picture of the reformation is often distorted by critics of the reformers. They will treat the doctrines that the reformers upheld as novel invention when in reality they drank heavily from the well of the early church.

This is all to say, ultimately, that the Reformation was a product of God’s divine providence! The development of corruptions were being addressed throughout time, and suppressed by Rome, but by the time the 16th century rolled around the dam built by Rome could no longer hold the waters of reform. The seeds of the reformation had been planted and scattered while the culture of the 16th century facilitated harvest. While we could discuss the impact of the reformation, and what came from it, it would be best to leave this post here: The reformation was inevitable because the church, led by the Holy Spirit, would never be able to continue to ignore the corruption of Rome.