There must be factions among you 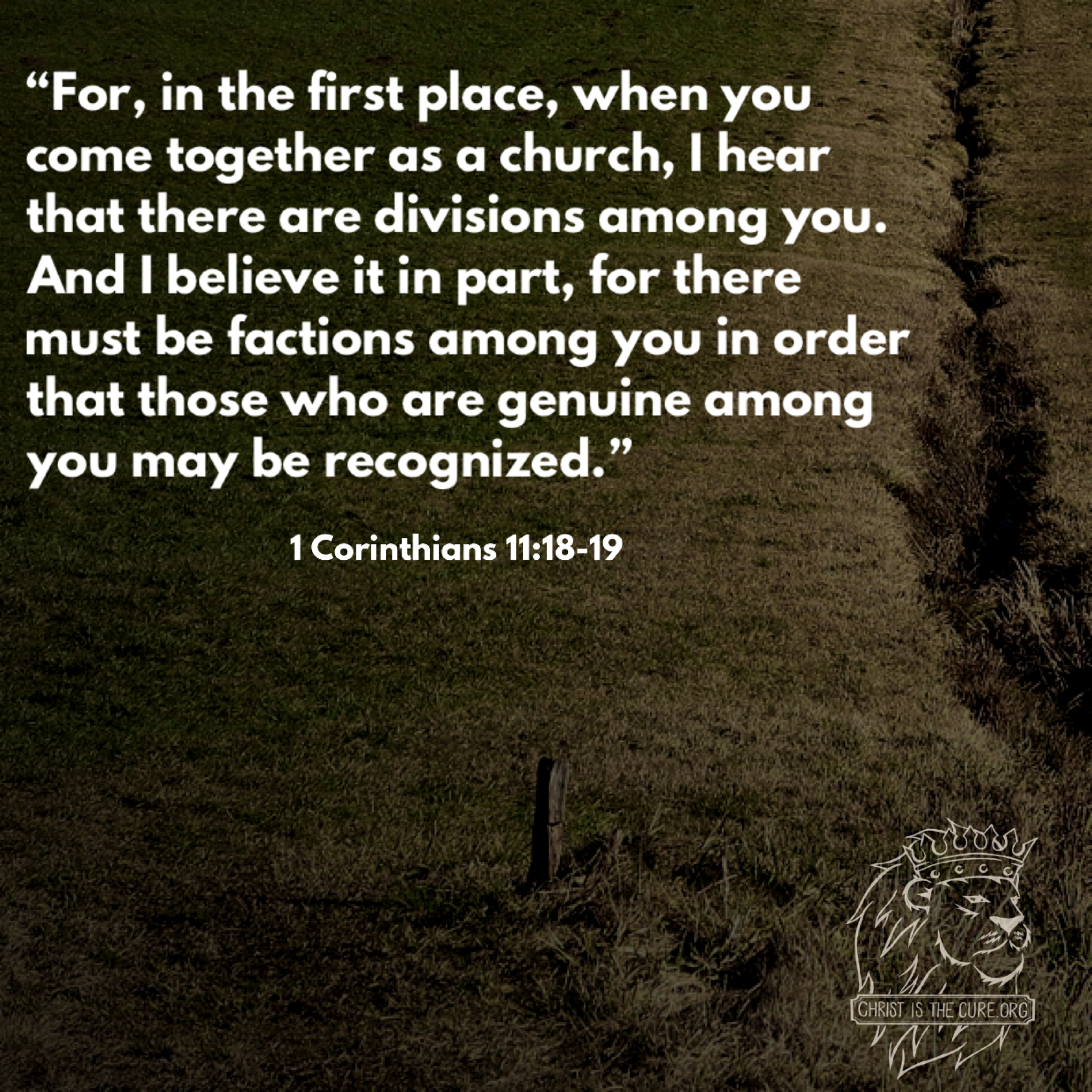 “for there must be factions among you in order that those who are genuine among you may be recognized.”
‭‭1 Corinthians‬ ‭11:19‬

This text is a fascinating one no doubt where Paul states there must be factions/schools of thought among the church “in order that” (so that; purpose) “those who are genuine among you may be recognized” (or approved).

This text can refer to characteristics in the midst of controversy and also doctrine (lit. Heresies among you). The church in Corinth had much controversy and debate and we are told that there “must be” such so that those who are “genuine” will be recognized and approved. This text flies in the face of modern evangelical thought, and yet, here we read that those who are genuine and approved are seen in the midst of these divisions by their faithfulness in character and doctrine. Such divisions bring about refining, separating truth from error. As I talked about in one of my videos, there are unnecessary divisions and necessary divisions, here we find the latter.

If we think of church history with the deity of Christ being attacked and how the church stood up and drew the line in the sand for the sake of the truth and thus the gospel, we can see practically how this plays out. We cannot know the true gospel, the true Christ and true God, without inevitably separating from that which is false.

“People become heretics, even though they would still have held wrong opinions if they had remained within the church. Now that they are outside, they do us more good, not by teaching the truth, for they do not know it, but by provoking carnal Christians to seek the truth and spiritual Christians to expound it. In the church there are innumerable people who are approved by God, but they do not become manifest among us as long as we are content with the darkness of our ignorance and prefer to sleep rather than to behold the light of truth.” – Augustine, ON TRUE RELIGION

“It is as if the apostle meant that the authors of heresies are not instantly rooted out by God, in order to make manifest those who are approved, that is, in order to make evident to what degree each one is a steadfast, faithful and firm lover of the orthodox faith” – Vincent of Lerins