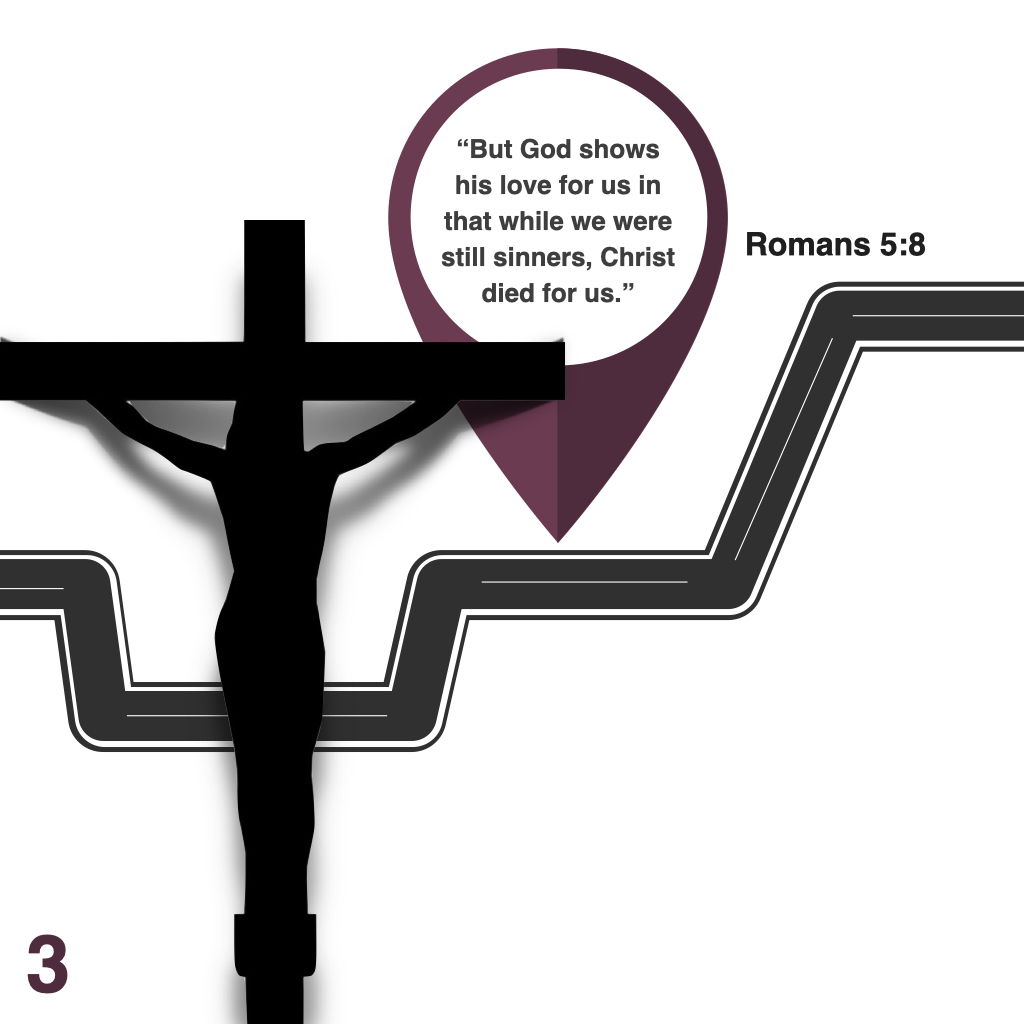 I had always liked the Romans Road to Salvation and so one day while listening to lectures I decided to draft up some graphics. One thing you’ll note about the Romans road elsewhere is that they differ here and there. I thought about how I would articulate each point, usually adding what I thought was missing, and so I made some adjustments here and there. Some key things:

That said, here’s my “Romans Road”. It’s backwards (right to left, bottom to top) because it was designed for instagram.

How it appears on Instagram (full image). One with dividing grid and one without.