The Incarnation of Christ, Part 2 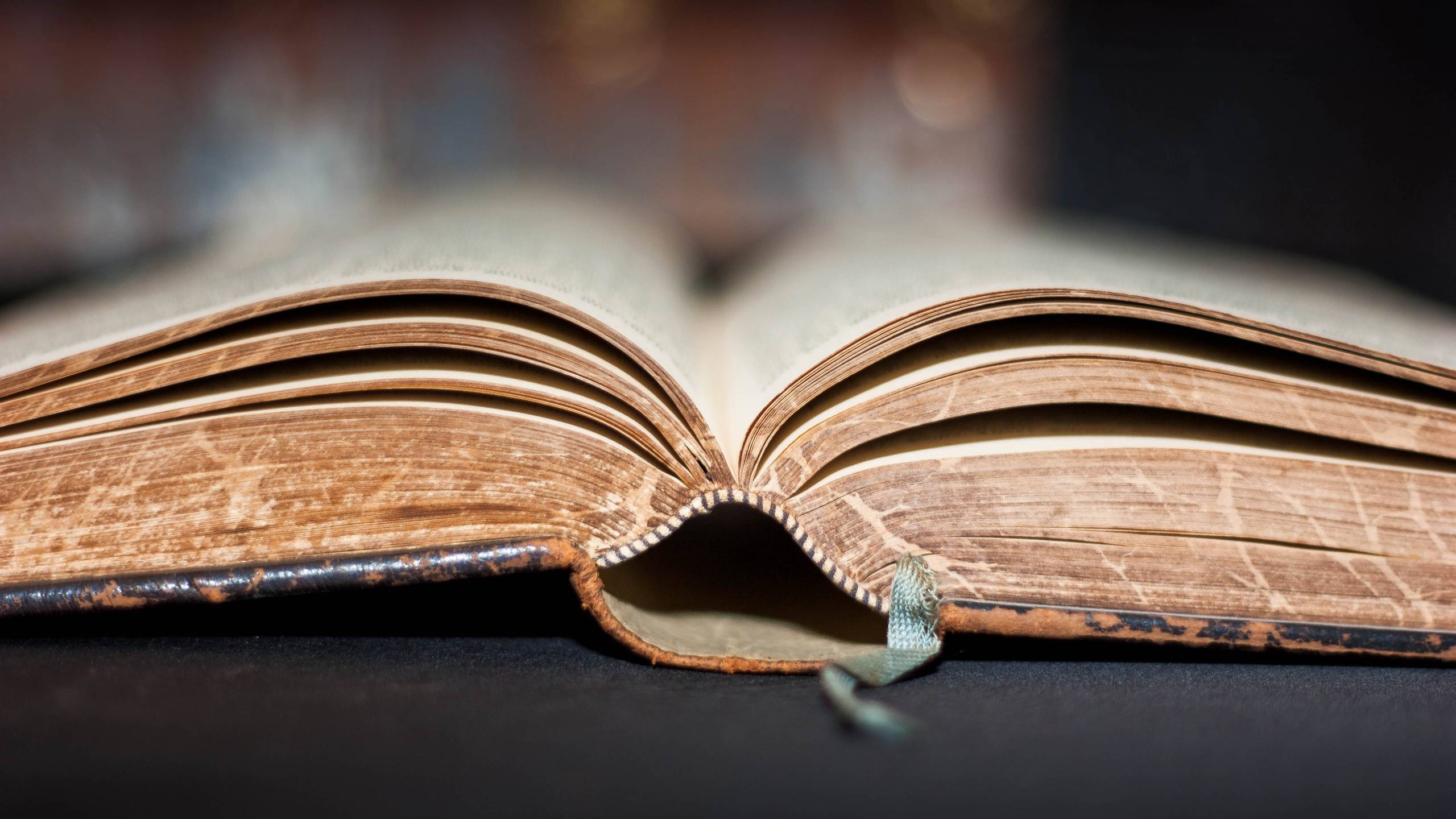 In the first part of this series on the incarnation of Christ (read it here), we defined what the incarnation is and how scripture shows us our need for this promised deliverer. We began in Genesis 3:15 where his coming is announced in the “protoevangelium”, then we moved to John 1 where we see the Word become flesh. While part one articulated why the identity of Jesus matters, this part will discuss the historical aspect of these truths that were passed down from the apostles to the early church fathers and how these men protected the Church from errors related to Christology.

Some say, “No creed but Christ,” however, it is unscrupulous and should not be accepted. Challenge yourselves to imagine where the church would be if Athanasius of Alexandria adopted this catchphrase. Clearly his contribution, “One in essence, three in person” is the most concise way to articulate the Trinity. Without this proclamation of truth, which most would uphold as a creed or confession, Arianism would have assaulted the church with its godless Christology. We ought to ask, “who is this creedless Christ?” Is he the Christ of Arianism, who is a mere created being and whose blood cannot forgive sinners? Could he be the Christ of modern-day liberalism? The “cool Jesus” who tolerates sin and changed his mind about hell and eternal punishment? Scripture warns, “For false Christs and false prophets will arise and perform great signs and wonders, so as to lead astray, if possible, even the elect” (Matthew 24:24). [1]

From its earliest establishment, the Church has declared the truth of sacred scripture and reliance on the inerrancy of God’s Word which readied her to withstand distortions and radical departures of its sufficiency. The rising of many faithful men, whom we now know as the early church fathers, prevented the bride of Christ from altering her message by holding councils where creeds and confessions were created; all of which are derivatives of truths contained in scripture. The late R. C. Sproul said, “These confessions were an attempt to crystalize the essence of doctrine found in sacred scripture. They were never to be seen as a substitute for scripture or as having authority over scripture. Rather, they give a summary of what Christians believe as defined in terms of confessional orthodoxy.” [2]

The same deviousness behind “No creed but Christ” is what inflamed the councils of Nicaea (325 A.D.), Ephesus (431 A.D.), and Chalcedon (451 A.D.). In his book titled Survey of the History of Christianity, author Mark Nickens explains,

“Christianity began with a small group of Christians who had the loosest of leadership structures, no scripture to call their own (they used the Jewish scripture), no creed to guide them, the barest understanding of who Jesus really was, and a great fear that they could be easily arrested and crucified at any moment. Fast forward to the year 400, and Christianity has a highly structured leadership style, a New Testament, a creed, and a 150-year history of meeting at councils to settle disputes and define doctrine, plus Christianity is the official religion of the Roman Empire.” [3]

Rather than creeds debilitating the church, history shows them strengthening it. Thus, in the span of 350 years, Christianity advanced from its Messiah dying at the hands of Roman officials in 30 A.D., through being widely persecuted until the establishment of the Edict of Milan in 313 A.D., to becoming the official religion of the very same Empire that crucified Christ in 380 A.D.. Nickens furthers expounds his point stating that Christianity progressed through five stages: apostles, apostolic fathers, apologists, theologians, and councils. [4]

In particular, the apostles were the ones entrusted with the gospel of Jesus Christ and laid the foundation (Ephesians 2:20). The apostolic fathers built on that foundation concerning themselves with leadership and liturgical matters. During the period of 125-250 A.D., many non-Christians made false accusations which resulted in the rise of apologists (meaning “apology” or “defense”). Unlike the apologist who defended the Church from accusations outside of her, theologians defended the faith from attacks within her. Lastly, church councils served as the concluding stage in the development of Christian theology. These were called ecumenical councils because they were comprised of bishops from both the east and the west. The first council after the death of the apostles did not meet until 325 A.D. in Nicaea, but history documents councils meeting together regionally (commonly referred to as “synods”) on a smaller scale in Rome dating as far back as 155 A.D. [5]

Church Fathers and the Incarnation

In Christian orthodoxy, our “high holy days” are Easter and Christmas. There is a concern that we have become ritualistic by singing carols and hymns about the incarnation of Jesus Christ, yet so many making these claims are without a basic understanding of this doctrine. In all fairness, the incarnation is one of the most mind-boggling of all mysteries. To better understand the orthodoxy of such teachings, let us consider the words of men who shaped our current understanding of this doctrine. Irenaeus (130-202 A.D.) is said to be one of the greatest theologians of his time. In his renowned Against Heresies he wrote, “Believing in one God, maker of heaven and earth and of all things in them, through Christ Jesus, the Son of God, who, on account of his surpassing love for his creation, endured to be born of a Virgin, himself in himself uniting man with God” (III.IV.2). [6]

There are many more references that validate the incarnation of Jesus Christ, such as: Polycarp (69-156 A.D.) who was a Bishop of Smyrna and disciple of John the Apostle who wrote, “For whosever does not confess that Jesus Christ has come in the flesh, is antichrist.” Justin Martyr (d.165) and Ignatius of Antioch (d.108) are other defenders of the incarnation as well as Gregory of Nazianzus who was the most accomplished rhetorical stylist during the patristic age. Whether it be facing wild beast, the boiling of oil, or betrayal from the closest friend, these men did not stray from their convictions towards the God-man Jesus Christ, and neither should we.

Colossians 1:16 is a moving passage where Paul asserts the preeminence of Christ over all things, visible and invisible. To clear away confusion, the apostle is stating that from the creation of all things to the redemption of their souls, Christ is Lord of all. He is both transcendent Lord of all things far removed from them, and immanent Lord of all things near them. The One through whom all things were created (v16) is also the One who provides peace with God through his blood on the cross (see v.20).

The plan of salvation was conceived in heaven by God. Isaiah prophesied, “To us a child is born, to us a child is given; and the government shall be upon his shoulder, and his name shall be called Wonderful Counselor, Mighty God, Everlasting Father, Prince of Peace” (Isaiah 9:6). His plan of salvation involved his Son sharing “in flesh and blood” (Hebrews 2:14-18), that is, becoming a human being. Why? So that he might live a sinless life and die as a perfect sacrifice for us. But what exactly does his death accomplish?

First, he died to “destroy the one who has the power of death…the devil” (v.14). When the Devil seduced our first parents to rebel against the Creator, he put them under the power of death that was the consequence of their sin. By disobeying God, Adam and Eve, who were image bearers of God, defiled that image by becoming slaves to sin, Satan, and death. Nevertheless, we are thankful to God that One stronger than the enemy (Satan) loved us and gave himself up for us to destroy the Evil One, which voided his purpose.

Second, Christ’s death delivers “all those who through fear of death were subject to lifelong slavery” (Hebrews 2:15). The “fear of death” here is not merely a fear of physical decay, for this is natural. It is a fear of condemnation because of punishment, a fear which “perfect love cast out” (1 John 4:18). God’s love assures us that “there is therefore now no condemnation for those who are in Christ Jesus” (Romans 8:1). God desires us to rejoice in our great Redeemer and as His loved sons and daughters to be unafraid of the wrath that will be manifested on the last day. Have confidence in the work and ministry of our Lord Jesus Christ, who bore flesh, saving those whom He died to save. [7]

Vernon resides in Texas with his wife and four children. Vernon writes to inspire, captivate, and educate. “Only by God’s grace, was I reminded of what Christ has done on my behalf. Now I am no longer a outcast, but a son of the living God.”