The Supremacy of Christ in Colossians pt. 1 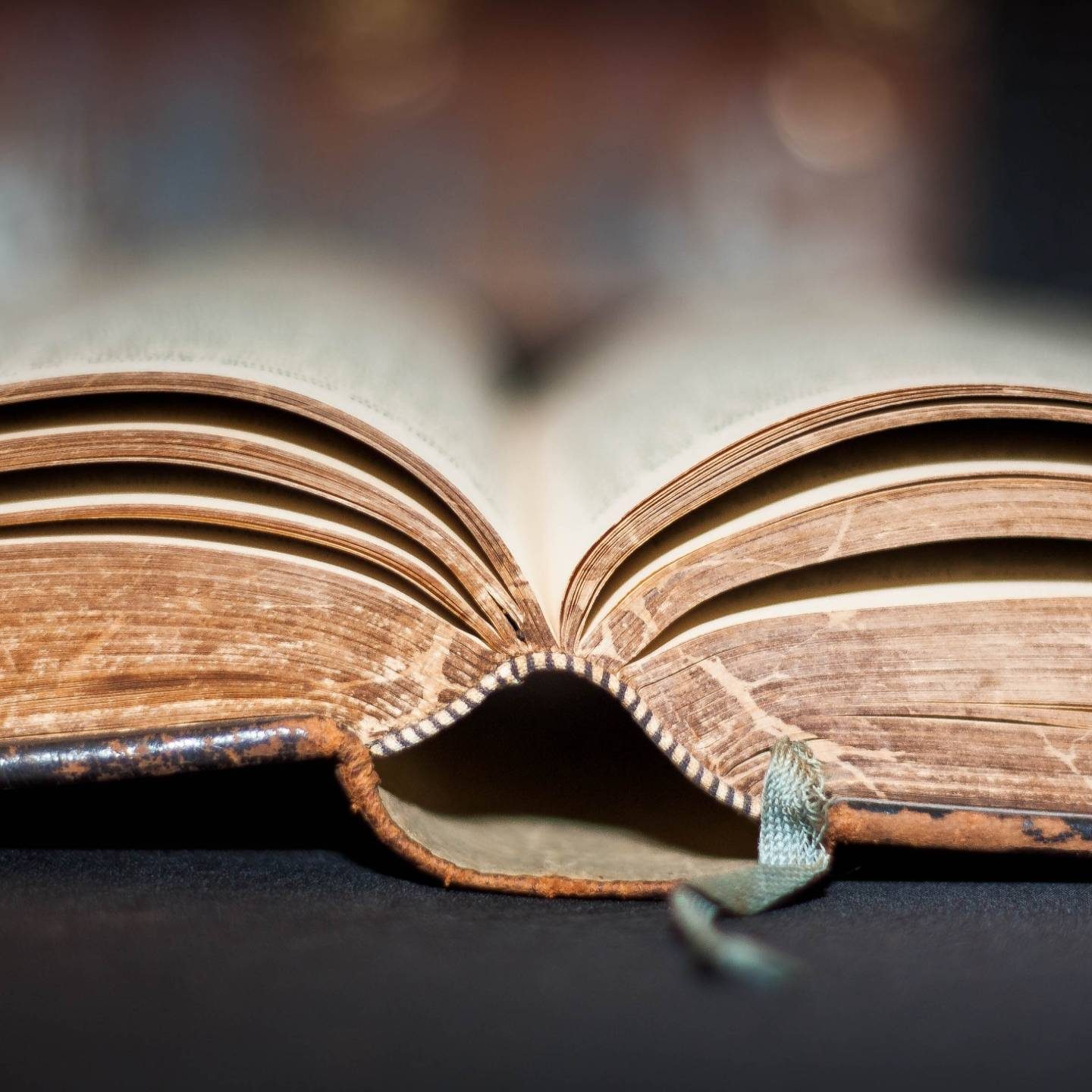 When we read through the New Testament, themes can be seen in each book. Romans gives us a beautiful picture of justification by faith. Philippians speaks to the joy found in Christ. Ephesians dives into the mystery of Christ and his church. Even the gospel accounts each have their own unique perspective to offer the reader. When one arrives at the letter written to the Colossians, as Kent Hughes so plainly and powerfully states, “it is the absolute supremacy and sufficiency of Jesus Christ as the Head of all creation and of the Church. There is no book in the New Testament, including John’s Gospel, which presents such a comprehensive picture of the fullness of Christ. Accordingly, there is no writing better-equipped to draw us upward than the book of Colossians.”[1] My hope is that what follows will be a useful and faithful observation of Paul’s important letter to seemingly unimportant people to better understand and captivate our attention with the One whom we base the entirety of our faith on; as the apostle so clearly reminds us:

He is the image of the invisible God, the firstborn of all creation. For by him all things were created, in heaven and on earth, visible and invisible, whether thrones or dominions or rulers or authorities—all things were created through him and for him. And he is before all things, and in him all things hold together. And he is the head of the body, the church. He is the beginning, the firstborn from the dead, that in everything he might be preeminent. (Col. 1:15-18)

The Letter of Colossians is commonly known as one of the prison epistles written by Paul while he was awaiting trial in Rome (Acts 27-28); this would likely place the writing around A.D. 62. Colossae was a relatively small city in Phrygia, a Roman province of Asia Minor, located near the cities of Laodicea, Hierapolis, and the further westward city of Ephesus. While Rome’s influence brought about Roman religious deities and practices to the places they conquered, many cultures kept their previous deities and practices including those living in Colossae who traditionally followed Phrygian gods and goddesses. Hints of the eccentric worship of these deities can be inferred from Paul’s reference to “their self-imposed worship” and “their harsh treatment of the body” (Col. 2:23).[2] Beyond that, during this time, most people lived fearful of spiritual forces extending into their current world from ancestors long gone, forces from the underworld, and other concepts such as astrology and fate. This also seems to fit the context with Paul’s warning in 2:8 regarding “elemental spirits of the universe”.[3] As Cohick summarizes;

“The Colossian believers are being attacked on two fronts, one ideological (who controlled the universe?) and one sociological (should the Colossians separate from larger society through asceticism?). These two tensions threatened to pull apart the church, because they worked against each other. Asceticism tends to draw tight boundaries around its group, but the borders of the Colossian beliefs were eclectic and porous. Their ‘philosophy’ promoted that Christians could believe in many different powers in the world, but they could only manipulate that spiritual world through narrow ascetic practices.” [4]

Paul begins as faithfully as he does in any other letter, with a formal introduction and greeting of his audience. This is his official stamp of authenticity as an apostle of Christ, writing under the will of God as his ambassador (1:1-2). It is often believed that Paul had never actually been to Colossae in his travels; whether or not Paul is closely acquainted with his audience matters not as he clearly understood the joy of writing to fellow believers in Christ in order to exhort and teach. He mentions his thankfulness expressed in his prayers since hearing of their faith in Christ and of the love that they had for all of the saints (1:3-4). Take notice here that Paul establishes that it is their hope-not the action of hoping but the object of hope-laid up in heaven which motivates their love.[5] It is the anticipation for what they know is awaiting them, not simply wishful thinking that is the driving force of their faith and love. Faith, hope, and love are often spoken of throughout Paul’s letters.[6] These qualities were generally understood as undeniably present for genuine Christianity as they could not be manifested apart from the indwelling of the Holy Spirit.[7]

Their hope comes from nothing less than the gospel (1:5) which found its way to them through the fruitful work of the church as they continued to advance the kingdom of God (1:6). Paul had a clear view and understanding that the news of Christ and his work and teachings were in-fact advancing rapidly throughout the world from where it began in Jerusalem. As is seen later in his letter, the same could be said about the false teachings and distortions made to it as well. This is likely why Paul wrote this letter and many others because he was playing both offense and defense when it came to proclaiming the gospel and protecting it from the twisted, self-seeking nature of man. Paul commends Epaphras for being the faithful servant (and likely the fellow Colossian who planted the church) to bring this news to them. Paul reveals it was his communication with Epaphras that made the love of the Colossian church known to him, of which he was grateful to hear (1:7-8)

Paul then continues with a beautiful prayer for the Colossian church beginning with his unceasing prayers for them to be filled with the “knowledge of his will” (1:9). Spiritual knowledge, much like the prior faith, love, and hope, is absent in the lives of those without Christ. Paul is talking about a spiritual wisdom here that can only be offered by the Spirit of God. It is this wisdom that provides the ability to understand what the Lord requires of his adopted children and as Paul displays next, the ability to carry it out.

This quickly moves us to Paul’s next prayer for the Colossians, that they might walk, pleasing to God, in their conduct. Again, Paul mentions bearing fruit. Seeing as how Galatians was written quite earlier, it is absolutely reasonable that Paul has the fruit of the Spirit on his mind while writing this as well as the spreading of the gospel by Christ’s followers as seen in his earlier mention of fruit bearing in verse 6. Paul is praying for the continued sanctifying work of the gospel in the Colossian church to produce a people who are fully pleasing to God (1:10). Take note: that is exactly the kind of friend, mentor, and/or spouse that you want in your life; one who is constantly bringing their prayers for your ongoing sanctification in bearing fruit and increasing in knowledge of God before the throne of the Almighty.

Paul continues with his prayer for their strengthening, with all power, according to his glorious might, for all endurance and patience with joy (1:11). “The purpose (as indicated by the word ‘for’) of this God-given power is to provide the divine strength needed for the believer to attain Christian virtues, to persevere in the faith, to resist temptation and deceitful teachers, and to know the joy of the Lord.”[8] Paul doesn’t pray for the problems facing the Colossians to simply go away, but rather that God’s powerful Spirit would imbue them with everything they would need to endure opposition and refute it. Beyond even that, to do so with joy, rejoicing in the stunning reality that they have been qualified by the Father, through Christ, to share in the inheritance with the rest of the saints.

Paul gives a solemn reminder of the state we once were in apart from Christ in verses 13-14. It was his sacrifice that rescued us from the domain of darkness and transferred us into the kingdom of his beloved Son. One can’t help but reminisce in the words of the psalmist in Psalm 103:4 in his praise to the Lord who redeems his life from the pit, and who crowns him with steadfast love and mercy. What a glorious picture from death to life Paul finishes his prayer over these dearly loved brothers and sisters in Christ with. Lastly, a final reminder that it is in Christ, and Christ alone, that they have their redemption, the forgiveness of sins.

Paul gives a wonderful example for us all to model our prayers for others after; a prayer that entreats our fellow Christian to pursue a walk that is worthy, knowledgeable,  powerful, and immensely grateful for the rich grace and mercy of our loving Father and almighty Creator. To the one who pulled us out of utter darkness and into his marvelous light belong all the praise, honor, and glory. Prayer for our fellow believers keeps one unified to the body, and protects against bitterness, strife, and anger, among a host of other sins that creeps into our lives. If nothing else, let this be a reminder to be “praying at all times in the Spirit, with all prayer and supplication. To that end, keep alert with all perseverance, making supplication for all the saints” (Eph 6:18); and to do so due to the hope that dwells within you.