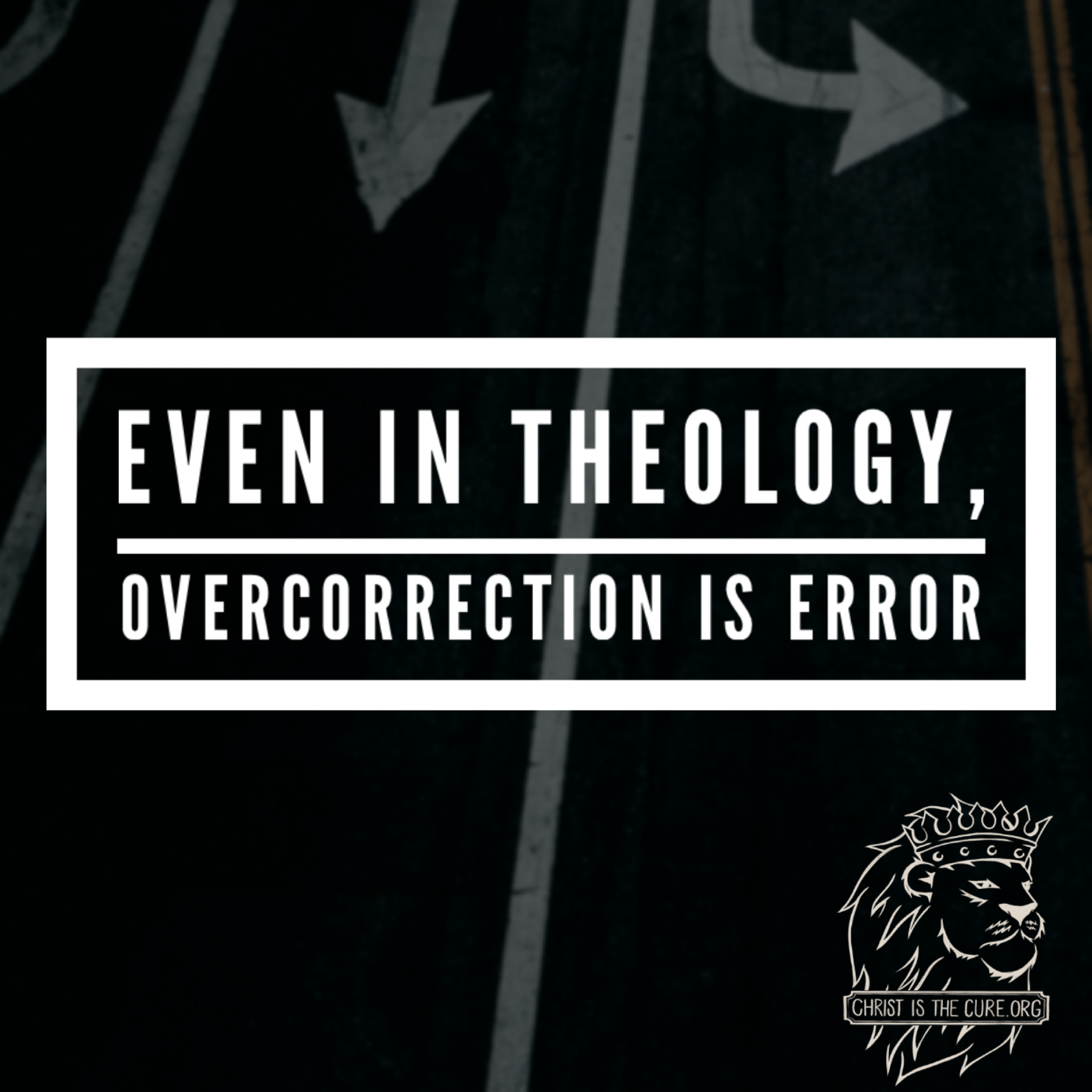 Overcorrection in driving refers to when a driver grabs their steering wheel and abruptly turns it in the opposite direction from where the car is going. It occurs when a driver responds to something in their environment such as an ice patch or just drifting out of the proper lane. It’s when one wants to avoid a dangerous outcome or situation and yet they put themselves in more danger or danger equal to that which they wanted to avoid.

Oftentimes overcorrection is deadly, but in most every case it’s dangerous. I would postulate this is so in theology. One group goes to the extreme of saying, “we can sin freely because of grace” and those who abruptly turn the wheel fire back saying, “we must be perfectly sinless lest we lose salvation!” Or one group, “we need to perform miracles like jesus!” And the other “no miracles ever occur!” One “hyper continuity between the old and new testaments” and the other “hyper discontinuity”. Examples abound to say the least.

An extreme to answer an extreme is an error and the reality is that many of us, in attempts to correct, end up in error. Some overcorrection seems “more right” than others, but this doesn’t make it right in itself. This happens in numerous theological discussions where balance is never pursued. In many times when we end up in error and find a way out, we overcorrect purposely which leads to quite the unbalance.

How do we avoid such overcorrection? The most basic response in driving applies aptly here, train yourself to slow down instead of jerking the steering wheel. Take your foot off the gas, and keep the steering wheel in a firm grip. And turn the wheel as little as you can to get back on the proper road. When seeing an error. Slow down, remain calm and evaluate the situation before making the proper and calculated adjustments. Our proper lane being the biblical text itself.