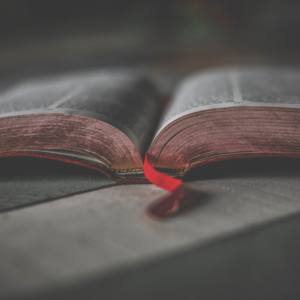 I have come to believe that theological maturity is marked by one’s ability to stand firm on conviction while at the same time mining alternative theological traditions with the awareness that there is not only good in various traditions, but also that our own could be wrong. Such a disposition recognizes the fallibility of the mind while humbly submitting the will to divine revelation in order to be precise in theological reflection. The latter is realized in that the individual with this disposition has become less concerned with theological camps and more interested in truth.

Truth does not need to hide behind the champions of one’s bias, but rather it can be better grasped or refined in the flames of theological inquiry. For when one steps out of their zone of theological comfort they are forced to ask questions which improve one’s understanding of another’s theology as well as challenge their own. Men made of straw crumble in these endeavors, allowing for us to meet one of the ultimate ends of the Christian life more fully, that is, the second greatest commandment, “love thy neighbor.” This, in turn, allows for the greatest commandment, love thy God, to be honored more fully in that the Lord has said that knowledge is useless without love (1 Cor. 1-7).

Two points arise from this reflection; first, how is knowledge true if it is built on bricks of misrepresentation and ignorance? Such a knowledge, which sketches caricatures of theologies and thus the individuals who formulate and hold those theologies, is meaningless if not accurate. Is knowledge of any value if it misses the mark and knows so little about those whom it engages? Second, love is nullified by such an empty knowledge, as love demands care for the individual and care for the truth. Both of these, care for individual and truth, in many instances are placed aside while the careless theologian does the work of the flesh, and thus Satan, while wandering in a desolate field of the strawmen he has built. How foolish it is to engage with such creations of the imagination and how sinful it is to hate one’s neighbor through careless misrepresentations of their theological positions.

The question that must be put forth is whether or not this class of theological engagement accomplishes anything other than a misplaced sense of pride and sins against a fellow creature created in the image of God. What value does theological discourse or discussion have if it does not lead to the truth? What value does it have if it doesn’t correct actual error and lead to a proper knowledge of the Lord? Can one accomplish these tasks, leading to truth and to a proper knowledge of God, while addressing positions another does not actually hold?

At the heart of this all, to say that such theological discourse which proceeds from the imagination of the careless theologian is all vanity. Not only that, but the regurgitated misconstrued doctrines of other theological camps are but smoke in weighty, and valuable, theological discussion. It is, then, that we would do well to ponder the theological sources of other traditions with scripture in hand and honesty in intention. Let us hold to the standard of Christ, who is the truth, and be proponents of truth.

Let us seek to understand before offering critique and let us keep in mind that the ultimate end is a love for God. To love God demands fruit of the spirit and the imperatives of texts such as Romans 12, Ephesians 4, Colossians 3, 2 Timothy 2-3 should radically change our hearts in how we approach life. It has been said that the study of primary sources is much too burdensome, and I would counter with saying that careless theological discourse is much easier, less meaningful, and more damaging. It is rare for the Christian life to be one of ease outside the beautiful grace of soteriology and so we labor, but not in vain if truth is exemplified and knowledge of God ascertained. While I have failed to do these things in the past, I look forward, optimistically, to the future.

Apologies for any errors in writing. I will edit the post further if needed. Check out the podcast by going here.